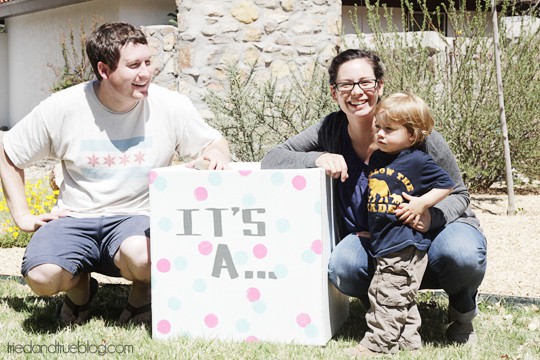 How fun is this?! My sister and brother-in-law shared the excitement of finding out the sex of their next child with a Gender Reveal Balloon release (No worries, the balloons weren’t actually released!) They had the ultrasound tech put the results in an envelope and then gave it to me to fill the box with either pink or blue balloons. For 20 minutes, I was the only one who knew what they were having!

Another boy! We’re a family of three sisters who will have five boys between us. Absolutely crazy and so much fun. 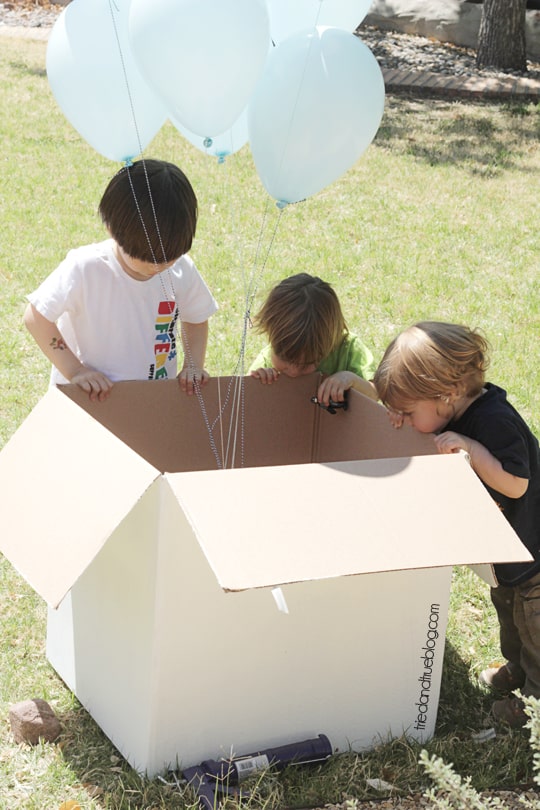 We all screamed “It’s A Boy!” when we saw the blue balloons…I think the boys were a little confused. “Where’s the boy?!” 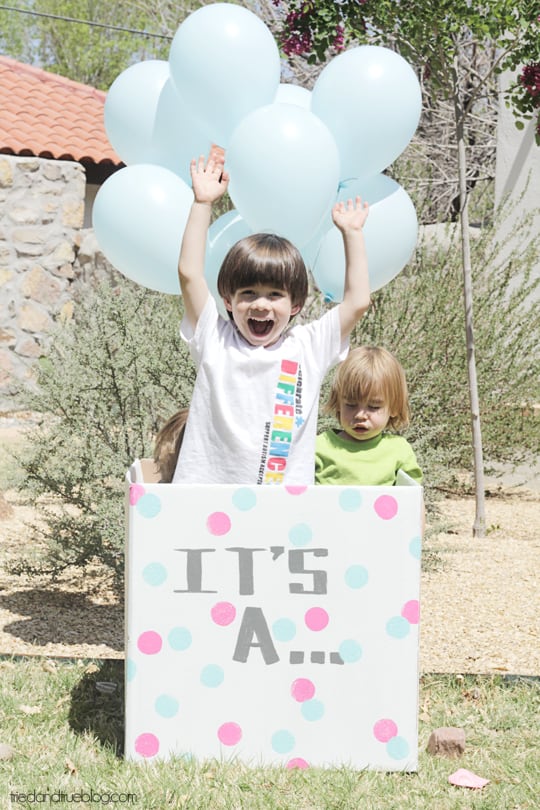 We had asked Jack if he wanted a boy cousin or a girl cousin earlier in the morning and he was 100% certain he wanted another boy. He was beyond thrilled to find out his wish came true! 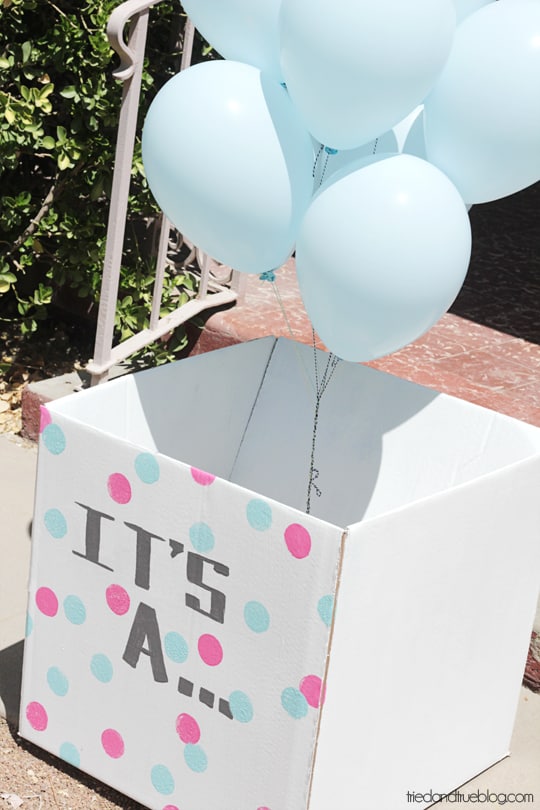 To prevent the balloons from polluting, I tied all of them to a full paint can and stuck it inside the box. That sucker wasn’t going anywhere! 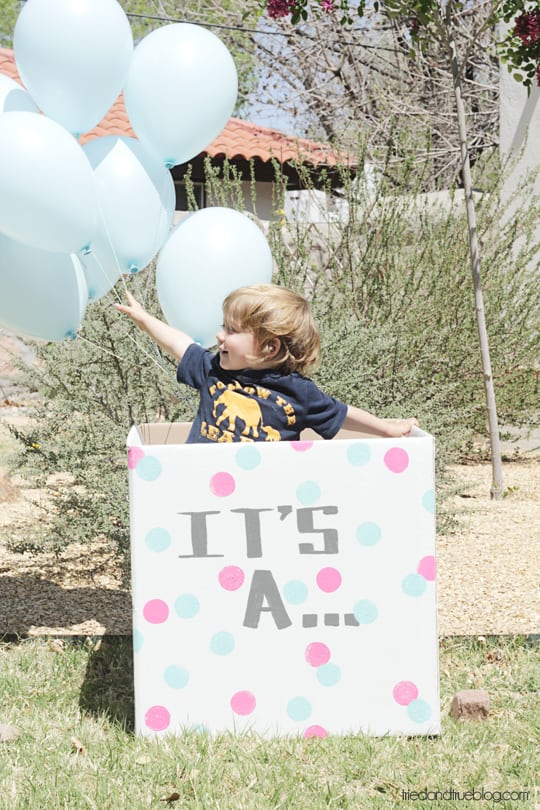 Congratulations, Miles! You’re going to be a great big brother!